One of my closest friends is a self-confessed sugar addict. This man could polish off an entire Costco-sized box of Snickers and not even bat a diabetic eyelash. For his birthday, my friend purchased a Tres Leches cake for our pre-diabetic pal, complete with a large cup of extra sugar/condensed milk/caramel just in case the soaked cake wasn’t soaked enough. My friend ate his goopy cake slice with glee and then proceeded to drink the extra “milk” straight from the cup.

In the past couple months he’s decided he needs a change, mostly because he’s been noticing pains in his legs when he gives into the sugar beast (yikes), and has been trying to cut out sugar. He called me recently whilst I was shopping at Central Market to ask, “Which do you think is worse: Coffee with non-dairy creamer and sugar or tea with a sugar substitute?”

Without hesitation I said, “The best option would be either tea with honey or coffee with real cream and sugar. Just go light on the cream, sugar, or honey.” This prompted a discussion about whether or not sugar substitutes (SS) were as bad as people claim. Realizing I wasn’t exactly sure, I decided to do some digging…

Most people, as well as myself, think of cancer when they hear the words “Nutrasweet”, “ Sweet n’ Low”, or “Splenda”. It’s almost like a knee-jerk reaction for me at this point. But is there really a link between SS’s and cancer? Keep reading and you’ll find out! 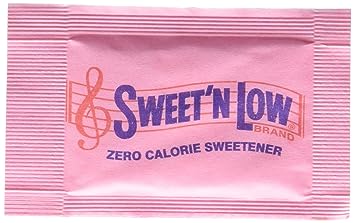 The cancer/sugar substitute scare originates from early studies linking the use of cyclamate (calcium salt) in combination with saccharin (Sweet n’Low) to bladder cancer in lab rats. The FDA required a warning label on all products containing saccharin, stating it had been found to cause cancer in lab rats.

Subsequent studies found that bladder cancer from saccharin was limited to rats only (because of some weird mystical rat mechanism that doesn’t occur in humans). Once this was figured out, saccharin was removed from the U.S. National Toxicology Program’s Report on Carcinogen’s. So apparently, there still has been no link to saccharin and cancer in humans. 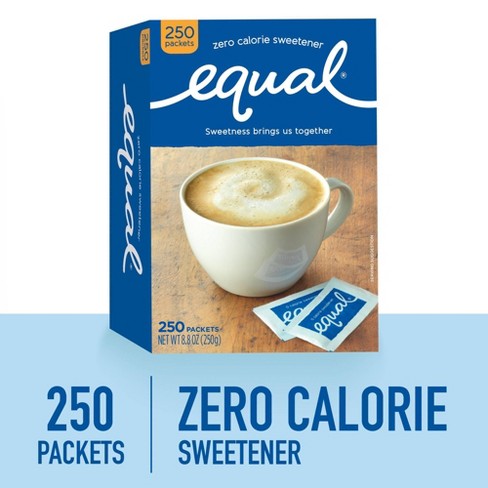 The FDA originally deemed aspartame safe, but questions were raised when a study claimed there was a correlation between the increase of brain tumors between 1975-1992 and the use of aspartame. However, that study was ignored when statistics showed there was an increase in brain tumors eight years before aspartame was introduced for human consumption.

But then in 2005, another study with our poor furry rat friends showed an increase of lymphoma and leukemia when given high dosages of aspartame (equal to about 8-2,000 sodas per day). But when another study was done on over a half a million humans, an increased use of aspartame was found to have no link to an increase in lymphoma, leukemia, or brain cancer. 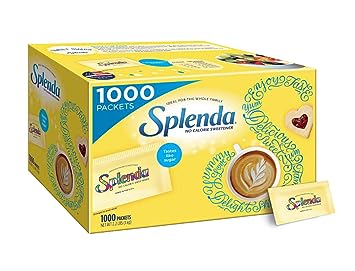 Over one hundred studies have been conducted on sucralose, and none of them have found any link to cancer or any other threat to human health. More on this later…

Ok, so no cancer. What about other effects from sugar substitute usage?

Well, cancer isn’t the only thing that’s bad out there…

A lot of these companies market their products as being “natural” because they originate from naturally occurring substances. Therefore they are considered safe. No matter what they say, these products are still synthetic, meaning that they are substances, “made by chemical synthesis, especially to imitate a natural product.” Synthetic products can sometimes (let’s be honest, a lot of the time) be found to have abnormal effects on the human body beyond increasing risk for cancer or heart disease.

Most people choose SSs over sugar because they feel that sugar is an empty calorie “food” and want to cut their calorie consumption without sacrificing the sweet taste they’ve become accustomed to. Typical “I want it all without any work” humans! Diabetics may also choose SSs because they have been found to have little affect blood sugar….in some studies…. However, if your main concern is weight loss, studies have shown that SSs can possibly have the opposite effect, screwing with your brain’s chemistry and causing you to seek out calorically dense foods later in the day. To sum it up, there’s a combination of a physiological and a psychological responses when you consume SSs.

When you consume something sweet, your brain and gut prepare to begin digestion and process incoming calories. However with SSs, it’s as if your mouth is “crying wolf” to your brain and gut. No calories are consumed, insulin isn’t released, hormones that are in charge of making you feel full aren’t released, and neither is dopamine.

The theory is that when this occurs, your brain and gut feel scammed and send signals to consume more calories until they are satisfied.

Studies have found (not only SSs but a lot of diet foods) that consuming these types of foods trick people into thinking that it’s ok to consume more calories later because they’ve been so good at consuming non-calorie products. How many times have you heard about or witnessed someone ordering a large diet soda along with his or her burger and fries?

And remember the 100 studies I mentioned earlier, finding no link between sucralose and detrimental effects on humans? Well, apparently they did find some red flag reactions but dismissed their findings. A few examples:

SSs have also been linked to causing the muscles in your bladder to become hyperactive, which could eventually lead to an exhausted bladder, making you more susceptible to urinary tract infections and incontinence.

But wait! It doesn’t stop there! SSs have also been linked to diarrhea, cramps, and bloating! But who cares about a little diarrhea when you’ll look great in that new bikini (that you might accidentally poop in). Oh wait; according to other studies you might actually gain weight AND poop your pants… Never mind!

In case you’re still not convinced, here is a list of other symptoms that have been linked to consuming SSs:

So obviously people have been known to freak-out and cry “cancer” in the past, only to find out later they were incorrect. But companies also have a lurid history of claiming their products are safe, only to be called out on their lies and cover ups later (Olestra, Rely Tampons, BPAs, Phen Phen, rGHB, Firestone tires, and too many birth control brand to name). The FDA is the companies’ partner in crime, also having a history of claiming products are safe, only to eat their words when studies come out proving them wrong (hellloooo trans fats). Therefore, in the case of SSs, I would recommend to err on the side of cautiousness. Too many studies have come out proving there is or could be health risks associated with them. The case of SSs reminds me of the margarine vs. butter fiasco that started in the 70s. Everyone was told to eat margarine instead of butter, with the claim it was a healthier alternative because it lacked cholesterol and contained healthier fats. Years later we find out that butter is actually better for you and margarine is risky. Go figure!

When I look at “healthier” man-made options to foods that come from nature, I always prefer regulating the natural foods as opposed to replacing them with synthetic foods. I prefer real sugar to fake sugars, butter to margarine, full fat to low fat products, etc. It’s all about regulation.

Fat, salt, and sugar are all acquired tastes, meaning that the more you consume, the less tasty whole foods seem that have less of those products in them, or vice versa. For example, I was raised on non-fat milk until about the age of 12. When I finally tasted full-fat milk for the first time I almost hurled, thinking the milk had gone bad. Later I switched to full-fat milk, tasted non-fat again, and thought I was drinking white water. I used to automatically add salt to all of my food without thinking. After lowering my salt intake I discovered that even low-sodium soy sauce was too salty.

And finally, I used to never believe my sugar-free brother when he’d say something was “too sweet.” The words “too sweet” didn’t exist in my vocabulary, for I was someone who added buckets of sugar to my already sugary cereal so that there were delicious piles of wet sugar left at the bottom of my bowl. Now, with such a reduced intake of sugar, most desserts are sickeningly too sweet to me.

Therefore, I recommend slowly reducing your sugar intake over time as opposed to replacing one addiction with a possibly unhealthy option. For instance, if you drink 10 sodas per day, don’t switch to drinking 10 diet sodas per day. Start with drinking 8 sodas per day, then 6, then 4, until finally you can happily switch to water. Replacing one sweet with another is not going to help you kick your “sweet” habit. You need to retrain your pallet and brain not to crave the sweet instead.

I’ll write another post hopefully soon that will discuss helpful tips on how to kick your sugar habit for good, without using SSs and potentially crapping yourself.

The Stink Behind “Added Fiber” Products